How complicated can annual leave and holiday pay be? 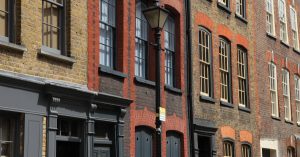 Whenever I come up against the FRI (Full Repairing and Insuring) commercial lease I come away thinking how unfair it is. Small business owners and foreign-owned companies hardly ever understand the full implications of what they are legally agreeing to – until it ends badly. Little wonder, as no-one (and usually not even your own lawyer, who assumes you know these things) ever fully explains what all the potential downsides are when you enter into an FRI lease.

Most companies focus all their efforts on negotiating the rent and a rent-free period. Alas, they do not put the same emphasis on limiting the consequences of the “repairing” part and what it means for both the duration of the lease and for when they leave. Even for just a five-year lease, the financial consequences can range from a nasty shock to disastrous.

During the lease: the service charge

Commercial leases always describe the service charge in terms such as the following:

Legalese, but clear. However, the full implications of this standard clause are usually ignored. What it means is that at any time your landlord can ask you to pay a very large sum of money towards a major project such as a new roof or complete redecoration of the outside of your building. The fact that you may be leaving in a few months’ time and the work might even be done after you have gone is just bad luck. This happened to a company I was involved with.

So what can you do to protect yourself?

You should check the past five years of service charges, although they are no guarantee of the future. The management company may change (the old company may not have spent enough) or there may even be a new landlord mid-lease who wants to do up the building. There is no way to know exactly what you are letting yourself in for, so you should at least try to limit the risks:

End of the commercial lease: dilapidations

A commercial lease will also contain a clause such as the following, obliging you to “To keep the Premises in good and substantial repair and condition”.

This may look reasonable but it might not be. It does not mean that you can leave the property as you found it. Instead, no matter how you found it, you must leave it in good condition – as defined by the landlord.

Your landlord will hit you with a list of dilapidations. Make sure you get them as early as possible so that you have time to act or you will pay inflated charges once you have left, including loss of rent, service charges, rates and professional fees. It is not uncommon for disputes about dilapidations to end up in court but landlords know exactly what they are doing and it is clearly best to avoid that outcome.

The only real solution to the dilapidations problem is to get a building survey before you sign the lease. Get your surveyor to produce a Schedule of Condition with photographic evidence which should be signed by both yourself and the landlord and referred to in the lease as the condition in which you will leave the property. Otherwise negotiate a reverse premium or lower rent to cover any defects that you will have to put right.

Here all the same rules apply but landlords are not likely to agree to re-negotiate lease terms, so you need to cover all the above issues in your agreement with the assignor.

Beware, a lot. Never enter a FRI commercial lease without a building survey, Schedule of Condition and knowing as much about the service charge as you can.

Last thought: make sure that you are not at the limits of your financial possibilities. It is, unfortunately, very likely that you will end up spending considerably more on your FRI lease than you originally bargained for.